The benefits of utilizing a tilt table for someone who has prolonged bed rest have 2 main components. The 1st is weight bearing through the body. The 2nd is acclimating systemic body functions like blood pressure and normalizing vestibular functions to an upright position.

In reference to the 1st function of tilt tables clear research and data can be found. This relates to percentage body weight with tilting tables. The weight bearing aspect of inclining is well documented. The total gym at its best does 70% of a patient’s body weight at 38ﾟ, less depending on the model. The 3rd generation multiple applications table, the MAT, goes to 45ﾟand that applies 88% of a patient’s body weight. The additional 45 degrees, to achieve a full 90ﾟ increases body weight on the legs to about 100%.  That last 45 degrees of traditional tilt tables, adds only 12% more to the total body wt.

The 2nd tilt table function is acclimating systemic body functions like blood pressure and normalizing vestibular functions to an upright position. With respect to orthostatic hypotension and blood pressure regulation I would propose that the weight bearing is equivalent to gravity applied to the body. With weight-bearing at 88% body weight at 45 degrees, I would speculate that orthostatic hypotension is well addressed with a tilt table only going to 45 degrees. With respect to normalizing other systemic body functions such as vestibular orientation things are less clear. A pillow under the head could orient the semicircular canals to a 90-degree position. Relative to gravity this would be the equivalent of standing upright. Once again with this head upright relative to gravity You could argue that a tilt table at only 45 degrees would have the same normalizing function as 90° as long as the head was at 90 degrees regardless of actual body tilt.

So a tilt table as compared to a table that goes to 40 to 45 deg is not important for weight bearing increases but it may be important for restoring the vestibular functions and reducing orthostatic hypotension. I did not find any good research on the difference of 45 vs 90 deg.

Does anyone know of research that compares the 2nd systemic body functions such as the vestibular orientation to the horizon and limiting orthostatic hypotension as it relates to being fully up to 90ﾟor just 45°?

I would propose that tilting to 45 degrees is 88% as effective as a traditional tilt table going the full 90 degrees. I would appreciate all thoughts and opinions on this matter. 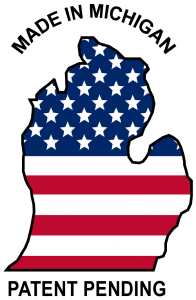